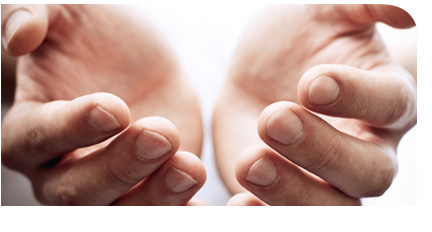 Turn with me to Luke 21:1-4
Looking up, He saw the rich people putting their gifts into the treasury. And He saw a poor widow putting in two [a]small copper coins. He said, “Truly I say to you, this poor widow has put in [proportionally] more than all of them; for they all put in gifts from their abundance; but she out of her poverty put in all she had to live on.” God sees what man overlooks

This is not such a message about giving but about faith.

God sees what man overlooks. The big gifts in the temple were surely noticed by people; that’s probably what the disciples were watching. But Jesus saw what no one else did: He saw the humble gift of a poor widow. This was the gift that Jesus thought worthy of comment; this was the gift that the disciples needed to be aware of. The other gifts in the treasury that day made a lot of noise as they jingled into the receptacles, this was actually called sounding the trumpet, so people could hear how much was put in, but the widow’s mites were heard in heaven.
Mark 12:41-44 tells us the same story.

Facts to support giving in faith

Lets look at some facts to support giving in faith, remember God sees what man overlooks

In America 43% of the population attend church weekly, let me assure in Australia the number is a lot lower, less than 10 percent of Christian church-going Americans Tithe. … Those who do tithe tend to be in better financial shape than those who don’t. Nearly one in three tither’s are debt-free vs. 1 in 10 of non tither’s.”

Statistics confirm that churchgoers who tithe do have their finances in better order than those who do not tithe. For example, they are: 40 percent less likely than the average churchgoer to owe significant debt

Only half as likely to be overdue on their credit cards.

Twice as likely to be entirely debt-free.

These numbers show that only around 3% of Americans tithe or give sacrificially.

God doesn’t want us to wander around in Egypt

But I said this was a faith message, God doesn’t want us to wander around in Egypt as slaves, but thats exactly what we are doing when we don’t give. We want to be over in the promised land but don’t want to be faithful with what God has given us. We believe that we know better than God? Let me tell you God wants to bless you, God wants to prosper you. but He wants you to be faithful, He wants you to be responsible with the little things before He gives you bigger things…. did you hear that? He gives you the bigger things, not you work for the bigger things.

What’s in Egypt is behind you, its below you…. What God has for you is before you.

It all comes down to Faith!

It all comes down to Faith! ……. trust if you like. Trust that God has a plan for you and all you need to do is give everything over to Him, Don’t be one of those Christians that say they love God and would do anything for Him but don’t believe in giving, Trust God with your finances, give as the bible instructs us to no matter how large or small that giving is, Trust me I know it works.

© www.faithministries.com.au 2017 All rights reserved. Except as permitted under the Australian Copyright Act 1968, no part of this Article may be reproduced, stored in a retrieval system, communicated or transmitted in any form or by any means without the prior written permission

This site uses Akismet to reduce spam. Learn how your comment data is processed.

Update Personal Details
Your ticket for